In this exhibition, curated by Clemens Krümmel, the Stuttgart based artist, Michael Dreyer, presents not only his new large scale works concentrated forms of circles with varnished colors. The title of the exhibition already alludes to framing-gestures which are also designed circular and graded in a row at the same time; “Triple Negation, Double Props” refers to the resisting basic power balance between representing, recognizing (props) and rejecting (negation). And those are the mechanisms of (re-) production, interruption and adjustment of the creative process, which is regulated by the intervention of curatoric reason and is usually credited to the curator. 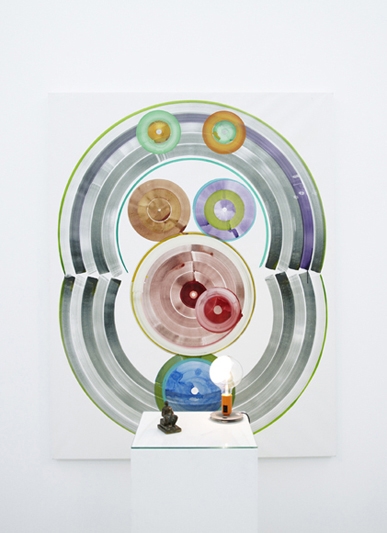 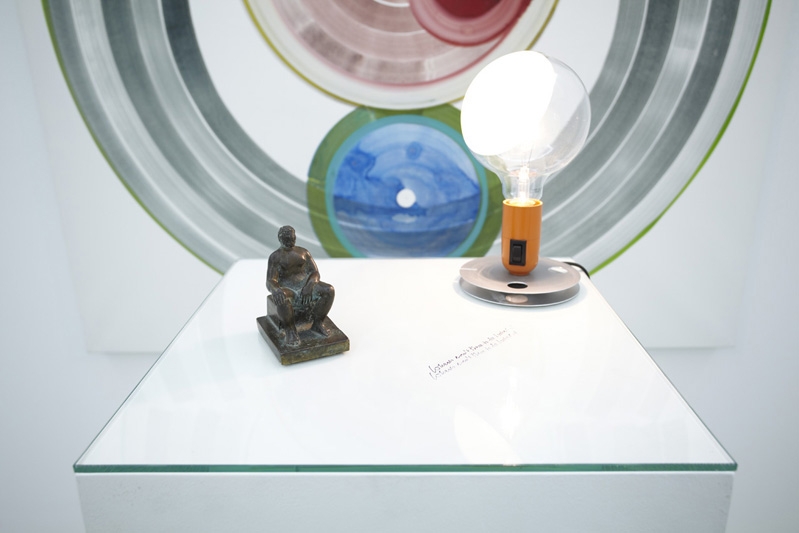 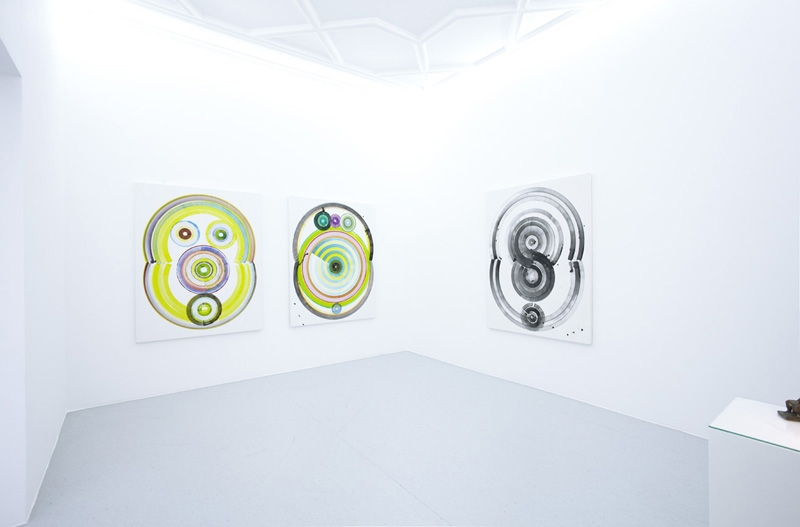